The story of Tempus and Hora has been told here and there in different contexts, for example to illustrate the value of planning for interruptions, or to explain that dynamic but stable systems are arranged in nearly decomposable hierarchies. It has also been used to highlight the concept of scientific reductionism—in other words, the reduction of complex phenomena into their most basic parts.

Herbert Simon—who was awarded the 1978 Nobel Prize in Economic Sciences for his pioneering research into the decision-making process within economic organizations—liked to tell the story of Tempus and Hora. Indeed, the story appears in his landmark book “The sciences of the artificial.”

It goes more or less like this (or at least this is the way I tell it):

Once upon a time there were two watchmakers, Tempus and Hora. They produced beautiful and functional watches that, when ready, were immediately bought by anxious customers who formed long waiting lines to increase their chances of buying one of them.

Tempus and Hora were equally creative and equally competent watchmakers. However, after a few years, Tempus became poorer and poorer, while Hora became richer and richer. What happened? Although they were making watches of identical high quality, Hora was producing many more of them. Why?

They had kids that loved to play with them; they liked to snack many times during the day. They needed breaks, and often left their assembly tables to go out for short walks. Every time there was an interruption, there were chances of things falling apart—in these cases, they had to put things back together before moving on to the next step of the assembly process.

So, could you use this story to illustrate your approach to scientific discovery? Or the different steps of your project? Can you integrate this story in one of your science communication pieces? 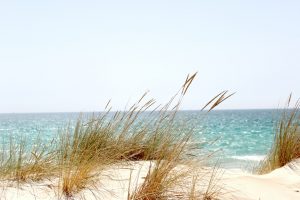